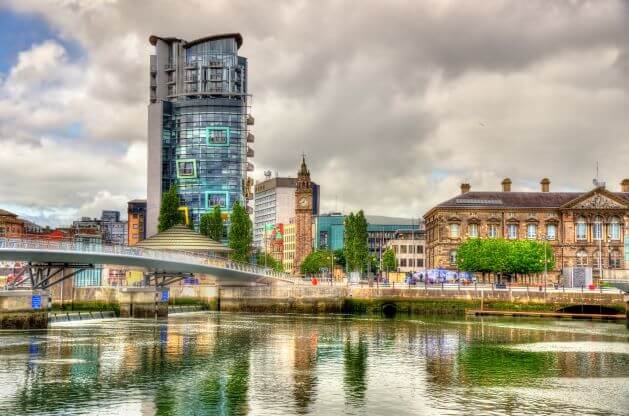 As the UK slowly emerges from the financial turmoil of the COVID-19 pandemic, optimism is understandably flowing – if not quite as much as it could have been. This is largely due to the cost-of-living crisis, which is threatening to slow the future progress of Belfast businesses.

In a recent survey of more than 400 Belfast companies, 95% reported an increase in fuel and electricity costs, while 85% said the cost of raw materials had grown. However, 60% of respondents also expressed the view that their turnover would rise in the next six months across various markets.

What does research say about Belfast business optimism?

Uncertainty surrounding the pandemic’s impact remains a concern, with 42% of the survey respondents saying so. However, this latest version of the Belfast Business Survey, undertaken by Belfast City Council alongside Belfast Chamber, painted a mixed picture of companies’ outlooks.

In the survey, completed in February and March this year, 46% of businesses anticipated their profitability improving in the six months ahead. Meanwhile, 36% of businesses indicated their intention to recruit during this period in order to fill staff shortages.

As further revealed in the survey findings reported by News Letter, 42% of businesses said they were seeking to invest in IT solutions for their business over the coming year.

It therefore looks very probable that many Belfast firms could soon be relocating to larger, better-equipped premises elsewhere within the Northern Ireland capital. BE Offices is currently refurbishing a heritage building set to open in the summer as a series of high-tech serviced offices in Belfast.

Many local firms could be tempted to rent one of these offices – especially if the companies in question are operating in the services sector. The Ulster Bank purchasing managers’ index (PMI) recently found this sector reporting faster growth rates in employment, the Belfast Telegraph notes.

He added that these backlogs – with services firms, such as estate agents and law firms, “seeing outstanding workloads rise at their fastest paces since 2013” – would help to cement strong growth in the businesses in question.

All the same, with rising costs looking likely to weigh down on businesses over the coming months, many corporate managers could be forced to look for clever ways to slash their expenditure without compromising the quality of service provided to customers.

Many of these managers could, for example, ascertain financial savings to be made from signing up for a monthly package where they would be able to not only rent a whole new office but also consolidate multiple costs of running it.

Nonetheless, last year, new company creation in Northern Ireland saw a record annual increase of 5.5%, as the Belfast Telegraph reports. So, whatever the Northern Irish economy faces in the near future, the territory’s corporate fabric looks likely to prove resilient.